An android is a powerful operating system, offering a complete package for a smartphone along with the possibilities of in-depth access to your mobile device. You can install a 3rd party Application, change UI, change the look and feel of the phone utilizing functional customization offered by Android OS. Such great lengths of customization are generally lacked in its counterpart.

In other devices, you are bound to stick with stock User Interface (UI) and no access to 3rd party Applications. The open-end nature of the Android OS makes it the most widely used mobile software; this has led to the development of many Android-based emulators for PCs.

An android emulator can serve a variety of purposes, usually from developers testing apps to gamers playing on a screen. Regular users crave to experience Android OS on their android devices and PCs. Maybe you are an Android user, or you merely want to test out a Custom ROM. The possibilities with Android Emulators are endless. Here is a list of phone emulators for PCs which can be recommended

BlueStacks is probably one of the best known Android emulators among Android users. The emulator is mostly preferred for gaming, and it is easy to setup. Besides the Play Store, you have the option to download BlueStacks optimized apps from its app store.

While BlueStacks mostly supports keyboard mapping, it does not go well with gestures. A significant disadvantage of the BlueStacks emulator is that it gets slow in productivity apps. Besides, the sponsored ads make the emulator lose next to other best free Android emulators for Windows PC.

NOX Player is another popular Android emulator; it is popular because it is designed for doing one thing, which is to play Android games on your PC. It supports Windows 10 and even has support for macOS. Nox Player was explicitly designed to target Android gamers.it is best for playing games like PUBG and Justice League. The Nox Player allows users to map keys of keyboard, mouse, and gamepad. Users can assign keyboard keys for gestures, for instance, mapping shortcuts or for swiping right. One big issue with Nox is that it puts a lot of load on the system. Therefore, you won’t be allowed to use a lot of apps. The Android emulator is based on Android 5 Lollipop, which might be an issue for most.

GameLoop, previously known as Tencent Gaming Buddy, is an Android emulator for gamers. It is so good that Tencent calls it the official emulator for its games, including Call of Duty and PUBG Mobile. Of course, there are other games apart from Tencent’s, although its collection isn’t as big as it should be. However, if you yearn for mobile FPS gaming along with some titles, this is a unique gaming emulator, and it boasts of a good collection of newer titles, and the keyboard controls and performance are proper.

Genymotion is probably the best choice for app developers because it gives the freedom to select the android device during the setup and lets you test your apps on a variety of methods without owning them. You can configure the emulator for your pc with various versions to help satisfy your needs. Developers can choose to emulate any android device with the help of a Genymotion emulator as the tool is one of the best for developers.

This is an emulator for gaming geeks, which is a relatively new app player in comparison to the others. It was launched in 2015, the MeMu Play, again, is focused on gaming. Regarding the speed, this Android emulator gives almost the same results as Nox and BlueStacks, but a great advantage of the emulator is that it supports both AMD and Nvidia chips. It supports Android Jelly Bean, Kit Kat, and Lollipop. Users can also run multiple instances at once for an infinite number of games or testing features. 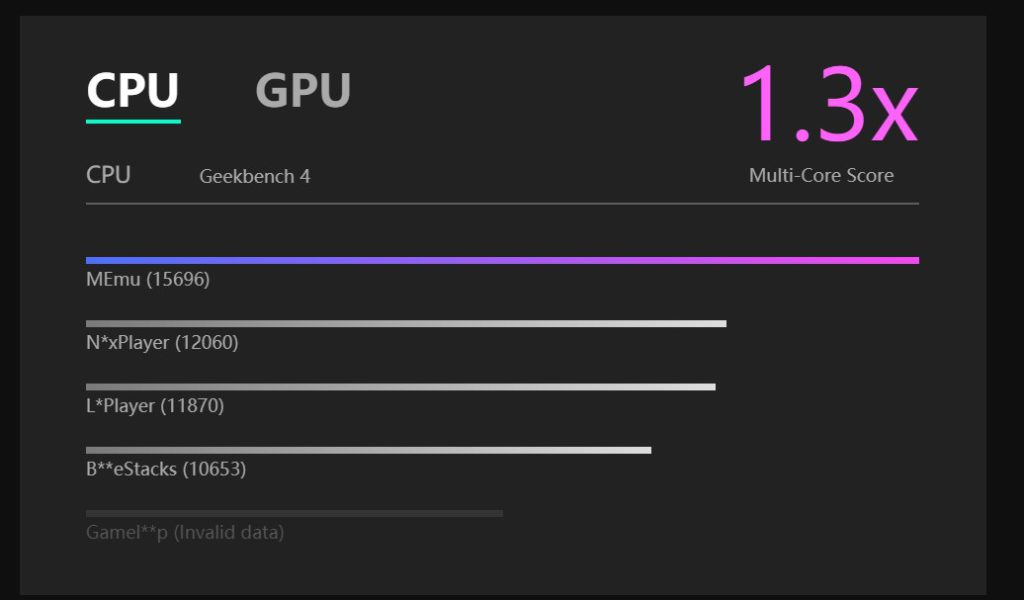 Some other emulators did not make a list but are also useful, like; AndyOS, KoPlayer, and Droid4Xs. The reason for their exclusion from this article is because they don’t work for every PC, but if you feel none of the above mentioned doesn’t suit your needs, you could give them a try. So, in conclusion, whatever your needs are from developers to individuals looking to play some games, you would undoubtedly find the best emulators to suit your needs.

Wave In A Box Posts

Wave In A Box Posts